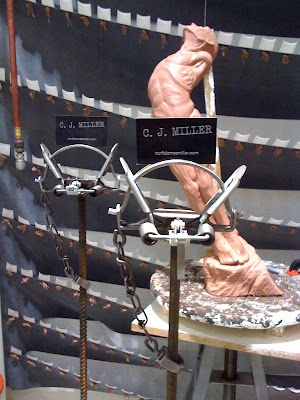 Posted by CURTIS JAMES MILLER at 11:04 AM No comments:

Objective: Forward
In this series I illustrate the ability to take action, the will to fight, the recollection of a difficult and bloody road traveled. This exhibition is collection of work with a visual language of glorified violence ranging from military symbolism and life-style indicators of a warrior mentality, supported by the use of animal apex predators.  Violence is often romanticized with stories of glory and fulfilling dark fantasies that most suppress.  Each work romanticizes violence and aggression by combining these themes with visual representations of strength, pride, confidence and duty, of ferocity with little thought of the consequences, of anger with full acceptance.  At times all emotion be it good or ill is absent from a violent action due to survival or sense of duty.  There are no lamentations of women or weeping orphans represented here, only solemn moments of victory.
Violence is almost universally linked to absolute negativity or moral wrongness, but without it there would be no evolution of species, culture, or personal character.  Since the beginning of life on earth there has been fierce competition for resources and the ability to pass on genes.  Be it in insects, prides of lions, or groups of people, there are consistent practices of violence involving both territory and sex.  Animals (and people) rely on killing other beings in order to survive and ensure the survival of their offspring.  Without fighting, many times to the death, to ensure continuous access to food and sexual partners, weakness would not be as easily weeded out of any specie’s gene pool and the fate of the species would be in peril.  Survival in the face of violence and the reaction to it molds entire species on a genetic level, and humans on a cultural and personal level as well.  The relationship that our species has had to violence to mold us into the super-species we are today (in total dominance over any other) is one that we are still engaged with, and continues to shape the world.  Each culture existing today and every culture before it was shaped by its survival (or demise) in the face of a series of battles, against either other humans or nature.  In the history of the Roman Empire or of warrior-kings like Genghis Khan we can conclude that throughout history there were negative and horrible atrocities taking place all the time, and yet people today are generally impressed by these stories, not horrified.  The battles of ancient times are seen as romantic and heroic, which are both positive attributes.  People who survive personal tragedy or horrific circumstance are called ‘fighters’, and a reaction or exposure to violence will shape a person’s character and incite personal growth (or evolution).  Violence creates bravery.  Humans crave it so much because it is a normal and natural part of existence, which has only become taboo in the relatively recent past (remember that violence has existed long before human beings).  Sports are the pornography of war, the violence on the playing field rarely resulting in death or life altering injury.  Humans flock to see football because they lust after the ghost of the ‘glories’ of war, which many will never see or participate in.
Posted by CURTIS JAMES MILLER at 7:40 PM No comments: 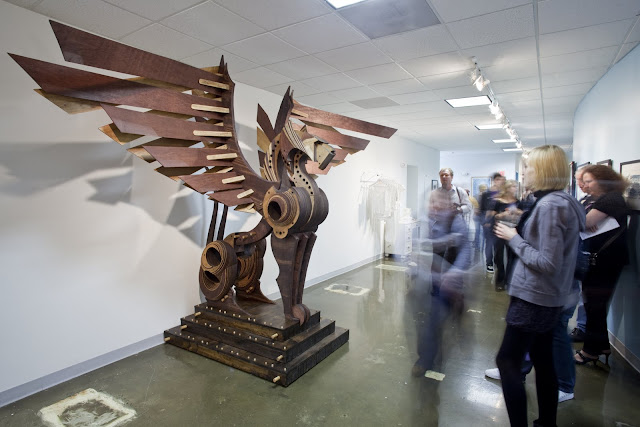 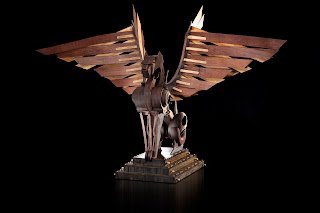 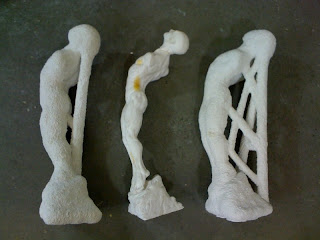 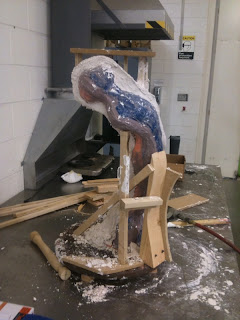 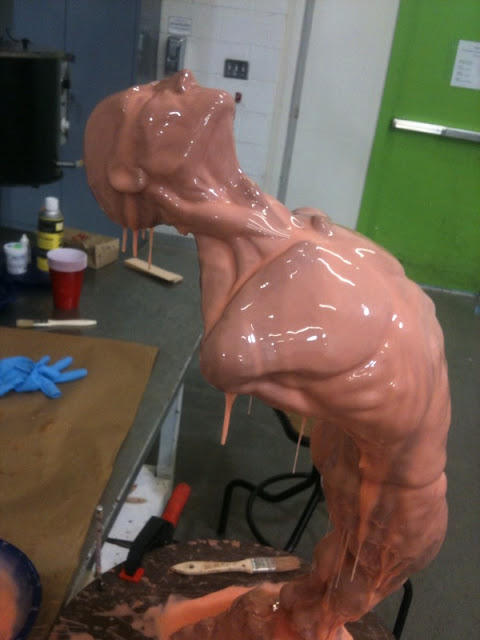 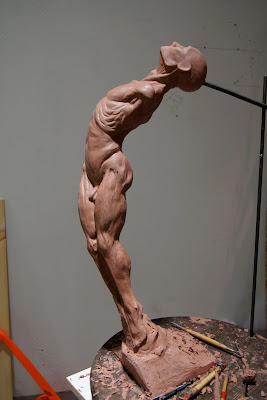 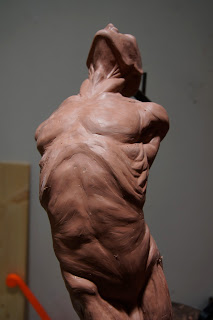 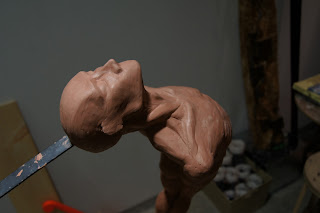 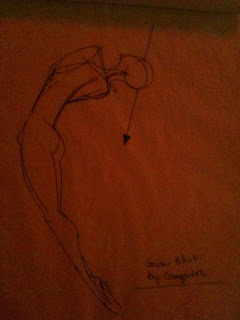 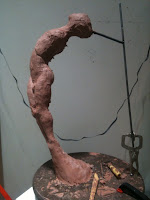 Posted by CURTIS JAMES MILLER at 2:05 PM No comments: